Genesis vs. “Bitcoin Jesus” Roger Ver: All You Need To Know About The $20M Lawsuit 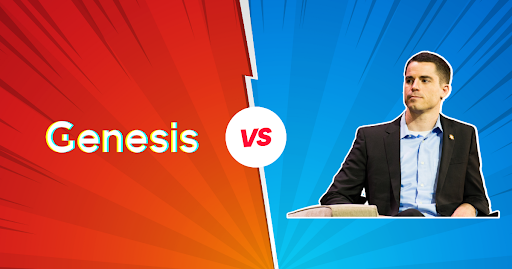 The post Genesis vs. “Bitcoin Jesus” Roger Ver: All You Need To Know About The $20M Lawsuit appeared first on Coinpedia Fintech News

Roger Ver, known as the “Bitcoin Jesus,” is now embroiled in a legal dispute with the defunct cryptocurrency lender Genesis Global.

Ver is often called “Bitcoin Jesus,” because he was one of the early investors in cryptocurrency. He not only adopted it for his companies, but he also advocated it tirelessly.

Why Is Ver Being Sued?

After the Bitcoin advocate failed to settle crypto options transactions before the payment date, Genesis issued a summons to Ver demanding that he pay back at least $20.9 million in damages.

Additionally, the insolvent firm requests that the court reimburse it for the legal expenses it incurred while pursuing the lawsuit against Ver. The Bitcoin evangelist is required to respond to the claims within the following twenty days; failing to do so would result in a default judgment being entered against him.

The petition for bankruptcy was made by a British Virgin Islands-based subsidiary of Genesis, which identified New York County as the location of the trial. According to the complaint, the validity period for the options transactions at issue ended on December 30.

In the event that Ver does not respond to the summons, he will be obliged to make a repayment of at least $20,869,788, in addition to Genesis’ charges, expenditures, and attorney’s fees.

Note that this is not the first time Roger Ver has been sued by a crypto company. The cryptocurrency exchange CoinFlex filed a lawsuit against the Bitcoin advocate in July 2022 for a total of $84 million, claiming that he had failed to settle a margin obligation. Ver was an early investor in Bitcoin and associated firms such as BitPay. He also began pushing for Bitcoin Cash when it arose from a schism in the blockchain.