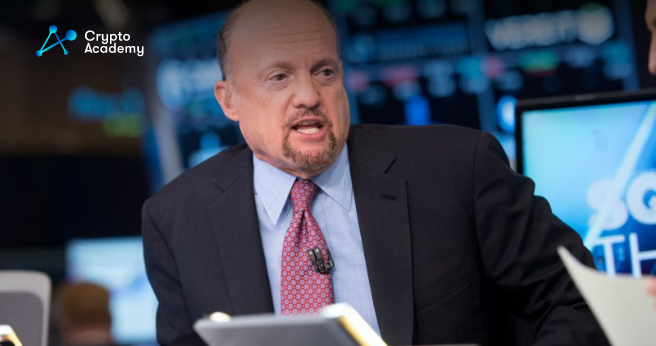 The cryptocurrency market has returned with its remarkable recovery during the past several weeks. The community has come to believe that the bull market was in control due to the current surge being driven by Bitcoin (BTC). There were many doubters, despite Bitcoin’s rise past $23,000. This also included Jim Cramer, the host of CNBC.

Cramer elaborated on the same, saying,

“The charts, as interpreted by Carley Garner, suggest you need to ignore the crypto cheerleaders now that bitcoin’s bouncing. And if you seriously want a real hedge against inflation or economic chaos, she says you should stick with gold. And I agree.”

Cramer then used a chart created by Carley Garner of DeCarley Trading. The Nasdaq-100 and Bitcoin futures daily charts were displayed. The graphic showed data going back to March 2021, when it was possible to see both indices moving closely together. Cramer concluded, as a result, that Bitcoin is a risky asset rather than a form of money or even a safe place to keep assets.

“Imagine business owners trying to conduct transactions with shares of Facebook or Google … it’s ridiculous, they’re too volatile. Bitcoin is no different.”

Cramer defines “counterparty risk” as the chance that the opposite party to a transaction or investment won’t keep their end of the contract. He consequently thinks that market assets trade closely.

There was, however, a way to eliminate this counterparty risk. Cramer continued,

“Of course, you can just own Bitcoin directly in a decentralized wallet — that protects you from counterparty risk — but if you ever want to use it for anything, the risk is back on the table. And as FTX’s customers learned, it can be devastating. On the other hand, gold, well, it’s the opposite.”

It should be noted that Cramer has previously attempted to discourage the public from using cryptocurrency.

When Bitcoin first reached $17,000, the CNBC anchor advised his audience that it was a great time to sell. As a result, Cramer’s latest remarks received criticism as well.

Billy Markus, the co-founder of Dogecoin, appeared to be furious.