Following Bitcoin’s Rally, This is the Next Major Target for BTC (Price Analysis)

Bitcoin has initiated an explosive rally after finding support amid the $16K price level. Since then, BTC surpassed the 100-day and 200-day moving averages at $18K and $19.6K.

After a prolonged downtrend, the price breaking above the 200-day moving average is a substantial bullish sign for the market. If the bulls maintain the MA-200 level, adequate demand will likely return to the market, and the sentiment will continue in the short term.

However, there is an evident bearish divergence between the price and the RSI indicator on the daily timeframe, which might result in a need for a correction over the next days and following the rally. 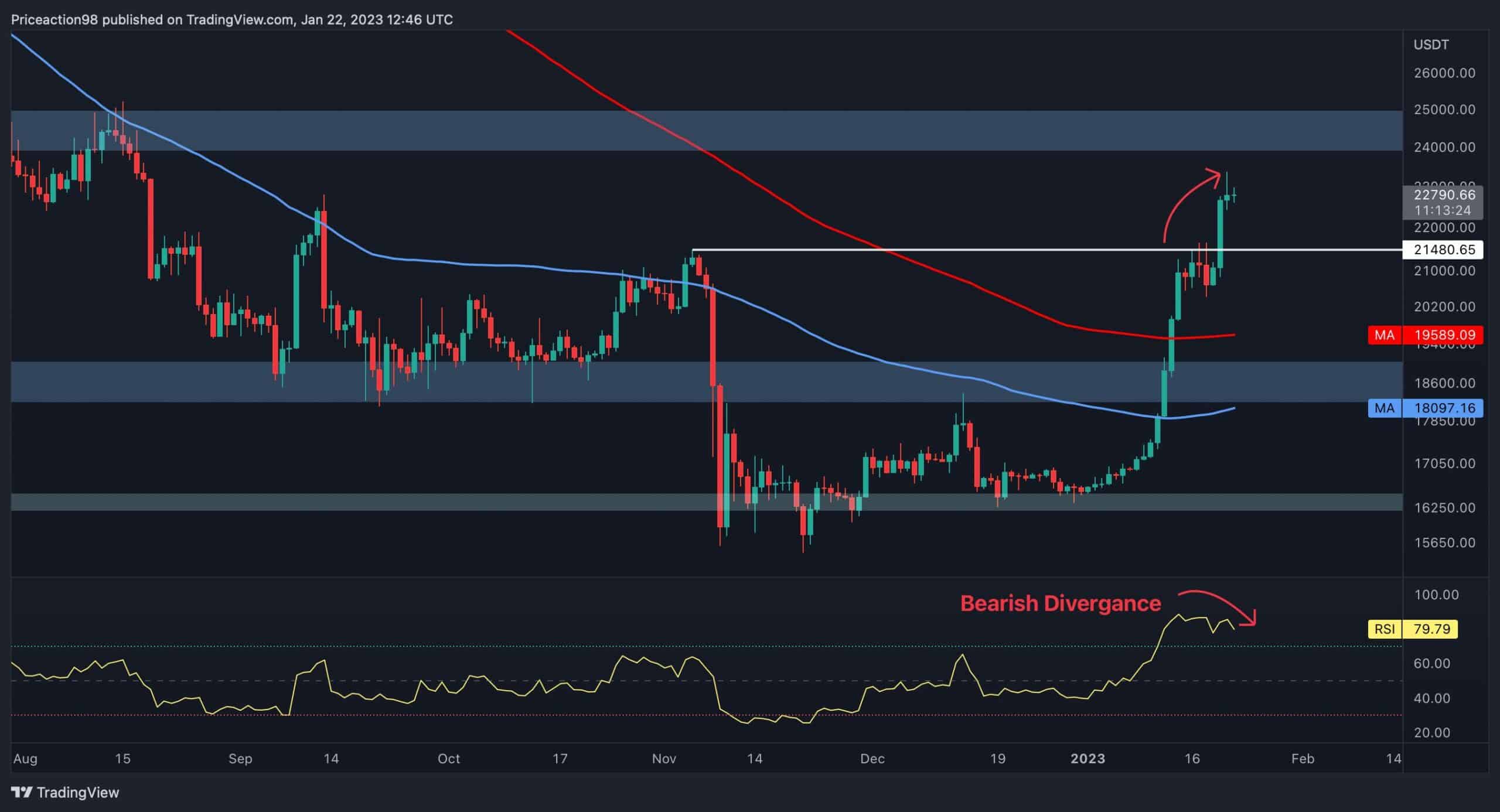 Professional traders use pivot points to determine support and resistance levels. Simply put, a pivot point is a level at which a price movement’s direction can start a reversal.

The following chart shows that the BTC price has recently surpassed two significant pivot points and is consolidating around the $23K level. The next crucial resistance level for Bitcoin is the next major pivot at the $25K price level, which has also been a static resistance level for the past few months.

Nevertheless, the bearish divergence is also seen in the 4-hour timeframe. There is a higher possibility that the price enters a short-term consolidation phase between the $23K and the $21K levels before spiking toward the $25K crucial resistance region. 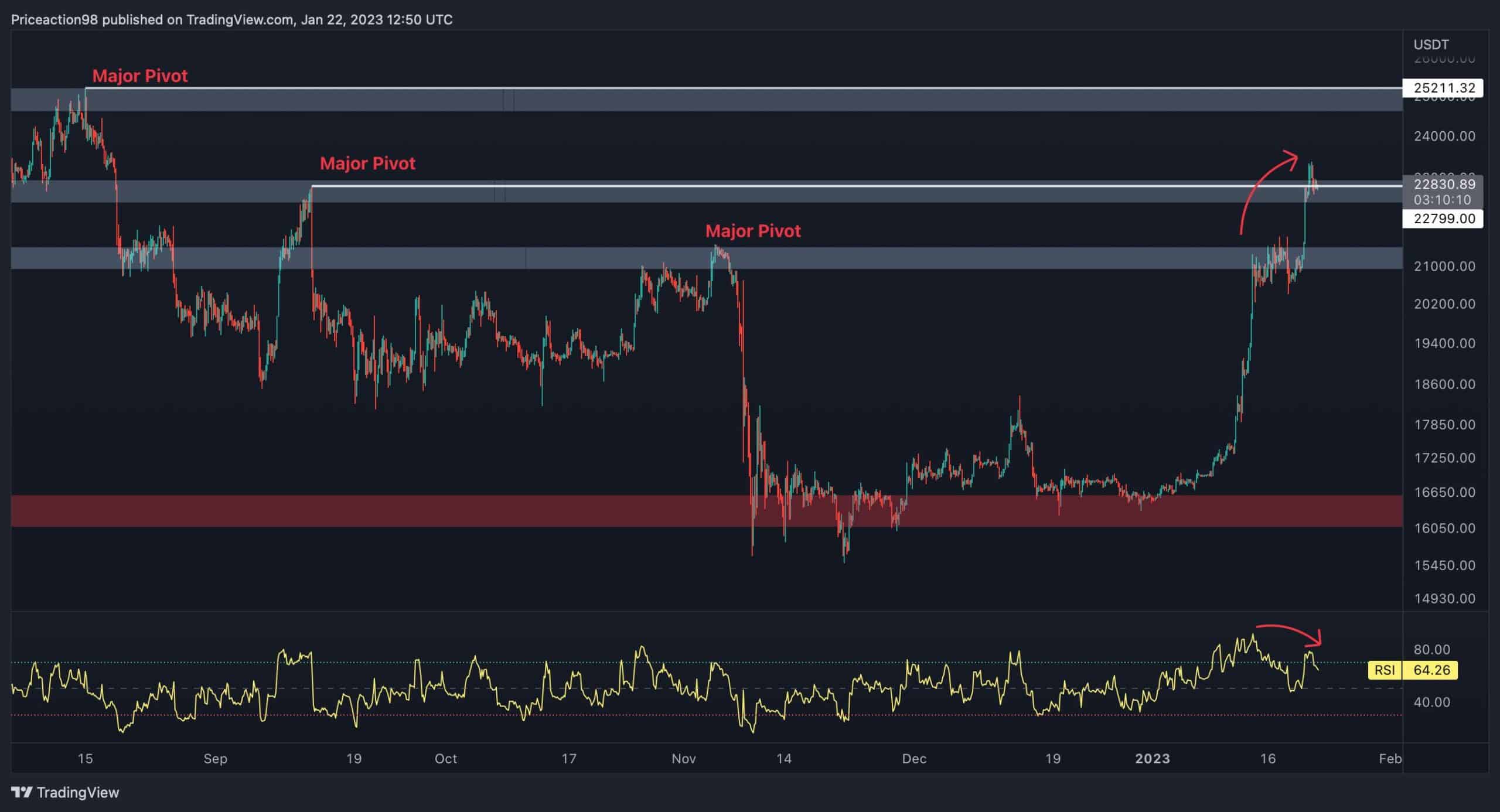 The following chart provides an overview of the last four Bitcoin price cycles, including the 2017-2018 and 2019-2023 bull and bear markets. It contains the Bitcoin price alongside the MVRV metric, which implies the ratio of the Market Cap to its Realized Cap, indicating whether the price is overvalued.

Historically, the metric falls to the green zone during the bearish market phases, signifying that Bitcoin is trading at the under-valued section and the cycle’s bottom is forming. However, as the chart demonstrates, each time the MVRV metric spiked above 1, Bitcoin experienced a surge, and the bull market started.

Bitcoin’s recent rally has resulted in a sharp increase in the MVRV metric. Hence, the market might have entered a bullish mid-term phase, followed by sudden moves and increased volatility. 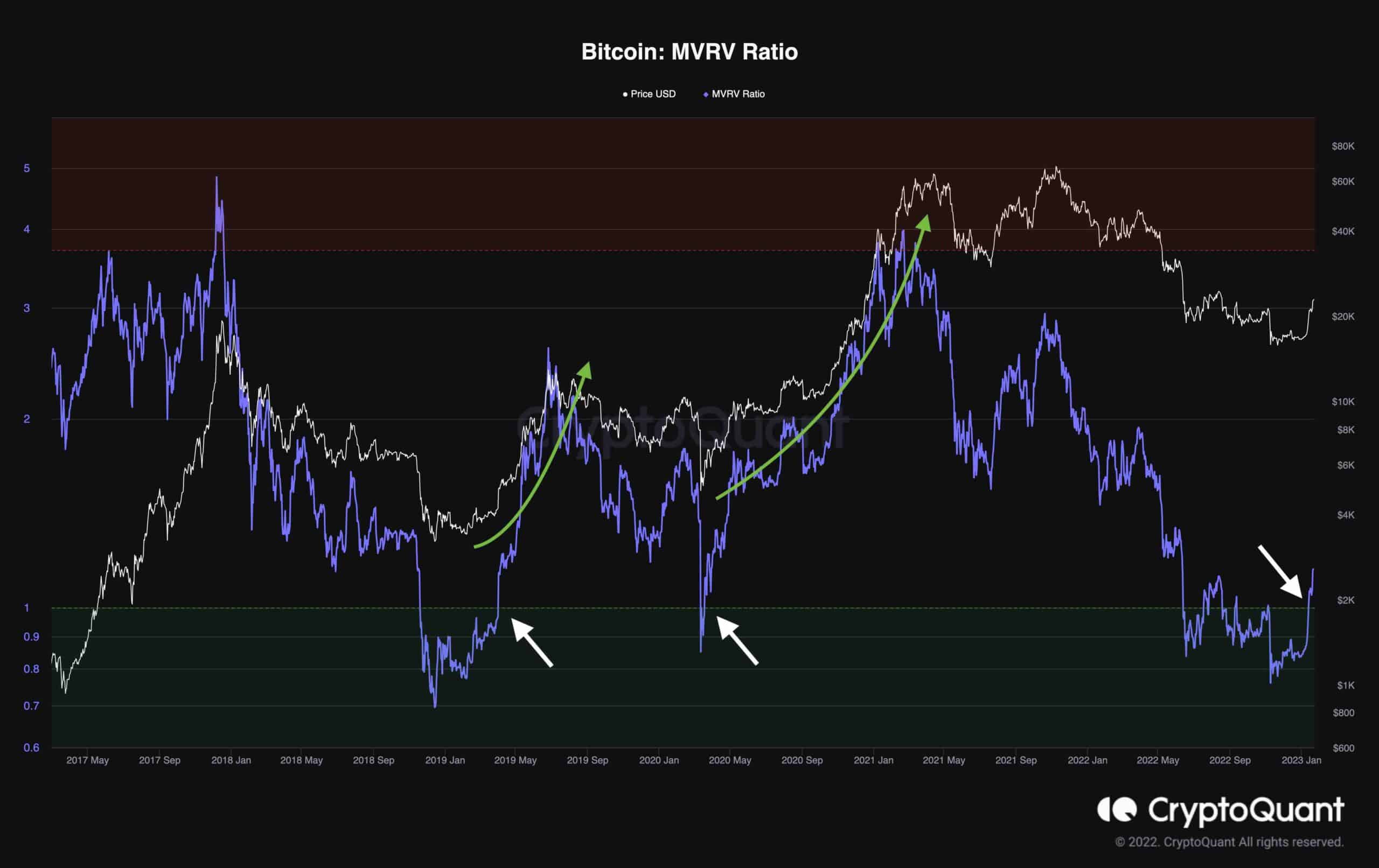 The post Following Bitcoin’s Rally, This is the Next Major Target for BTC (Price Analysis) appeared first on CryptoPotato.