US FinCEN Links Binance To This Distressed Crypto Exchange

The ongoing investigation into the Binance crypto exchange has uncovered shocking news. U.S. law enforcement agencies have investigated the crypto exchange for allegedly not complying with sanctions and facilitating money laundering.

The United States Department of Justice said the suspects used the funds for illegal activities such as gambling and purchasing illicit drugs through the dark web. The US authorities arrested Legkodymov on Tuesday after the discovery.

In detail, the FinCEN, a division of the US Department of Treasury, noted that two-thirds of Bitzlato’s highest transaction counterparts conducted illegal activities or scams.

The Treasury Department also claimed Binance was Bitzlato’s highest Bitcoin-receiving ally between May 2018 and September 2022. According to the allegation, Binance received more Bitcoin from the criminal exchange than the other allies.

Some of Bitzlato’s counterparts include TheFiniko, a Russian Ponzi Scheme, and a Russian dark net market named Hydra.

The Financial Crimes Enforcement Network identified Hydra and TheFiniko as the exchange’s second-largest receiving partners after Binance. But in terms of sending funds, Hydra, TheFiniko, and Local Bitcoin of Finland were the top 3 most significant contributors. 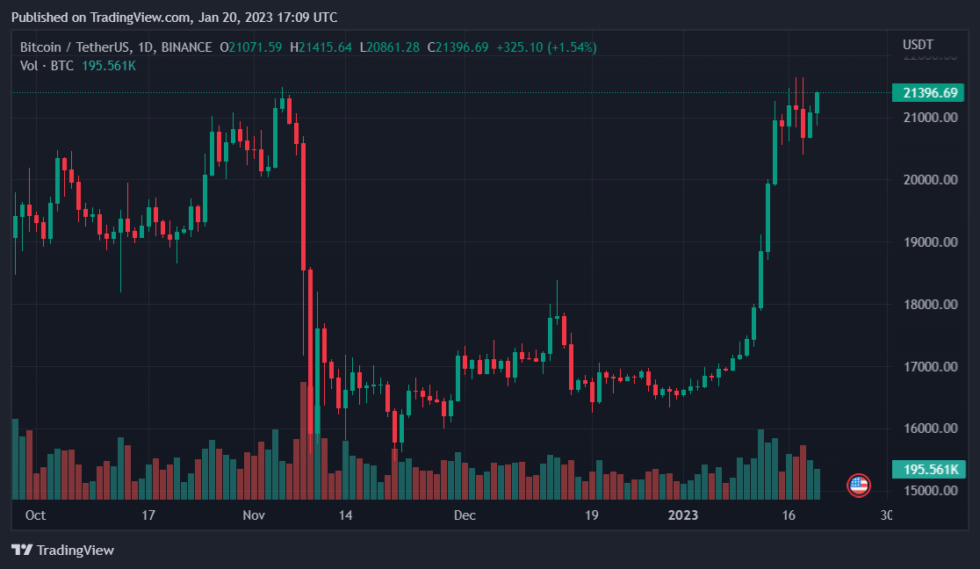 Bitzlato is a Hong Kong-based crypto exchange, but investigations claimed it has many connections with Russia. The US Treasury Department said the firm is one of the prime suspects in Russia’s financial crimes.

A January 7 report revealed that some hedge funds firms received subpoenas from the US attorney’s office in recent months. The report stated that federal prosecutors are examining the hedge funds to determine their communication with Binance. It is part of the long-running investigation into the alleged violations of money-laundering rules against the crypto exchange.

Legal experts explained that the subpoenas do not necessarily imply that authorities are pressing charges. However, it could mean they are weighing the resources to know if they have enough evidence to indict Binance.

Meanwhile, in an interview, Binance Chief Strategy Officer Patrick Hillmann said they have been in daily talks with regulators across the globe. However, the executive avoided giving details about the status of the United States investigation.

A former DOJ prosecutor and specialist in crypto cases, John Ghose, contributed his opinion on the matter. According to Ghose, Binance has not exhibited a good character as an exchange. He said the crypto exchange has long frustrated law enforcement agencies and regulators.

Binance allowed users to buy and sell crypto on its platform without proper identification, thereby aiding money laundering activities, Ghose said. Hillman admitted that the exchange started as a non-compliance firm in its early years of rapid expansion but is retracing its steps.

According to Hillman, Binance has invested heavily in compliance programs and cooperated with law enforcement agencies. It has also developed new technology and ways of catching criminals on its platform.