DCG Suspends Dividends Amid Financial Crisis, Here’s Who Might Bail Them Out! 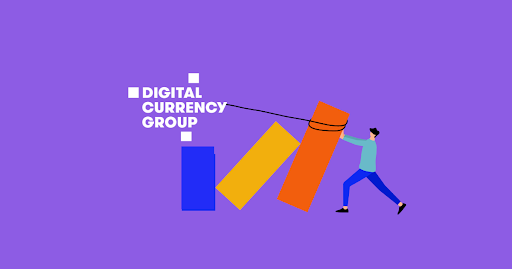 The post DCG Suspends Dividends Amid Financial Crisis, Here’s Who Might Bail Them Out! appeared first on Coinpedia Fintech News

The Digital Currency Group (DCG), a leading conglomerate in the cryptocurrency industry, has informed its shareholders that the company will not be distributing dividends until further notice.

The Truth Behind The Suspension

In a letter to shareholders, the company stated that its primary focus is on improving its balance sheet by reducing operational expenses and ensuring sufficient liquidity.

Recently, DCG has been impacted by the prolonged downturn in digital assets and the fallout from the collapse of the FTX exchange. These events have had a negative effect on the broader cryptocurrency market.

Furthermore, one of the company’s subsidiaries, Genesis Capital, has not been making reimbursements since November 2022 and has warned that it may become bankrupt without additional funding.

The founder of DCG, Barry Silbert, is currently engaged in a contentious dispute with the Winklevoss brothers, who founded the Gemini cryptocurrency exchange. Customers of Gemini have been unable to access the $900 million in funds held with Genesis.

The exchange and other creditors of Genesis have reportedly been holding secret meetings to devise a solution to the subsidiary’s financial difficulties. Additionally, Cameron Winklevoss has alleged that DCG owes Genesis $1.67 billion.

In a recent development, Justin Sun, a prominent figure in the cryptocurrency industry, has announced that he is willing to use $1 billion of his own money to acquire assets from Digital Currency Group (DCG). According to Sun, he may pay that amount, based on DCG’s valuation.

According to industry analysts, DCG, valued at around $10 billion in 2021, manages an estimated $50 billion in assets.

On the other hand, Sun’s net worth is estimated to be between $250 million and $3 billion, depending on the method used and whether or not conventional assets are included. Therefore, any potential transaction would only involve a small portion of DCG’s assets.