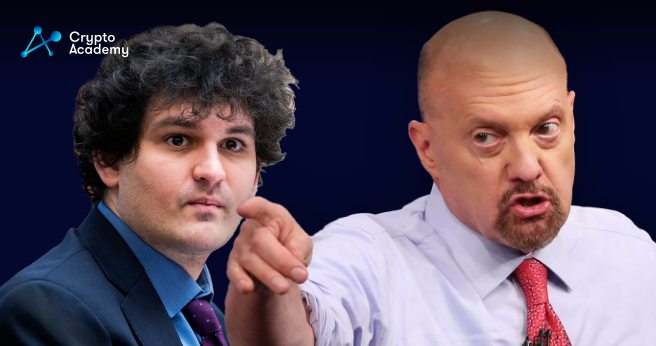 In a few appearances on CNBC on Thursday, the host of the Mad Money program on CNBC, Jim Cramer, discussed his opinions regarding the demise of FTX and its co-founder and former CEO Sam Bankman-Fried (SBF).

In response to Bankman-Fried’s assertion that he “didn’t intend to perpetrate a fraud on anyone” in an interview at the New York Times Dealbook Summit, Cramer said:

“That guy is a clueless idiot. Intent means nothing. Saying sorry means nothing. If you commingle, if you had no record keeping, those are against the law.”

“You were sloppy, you didn’t keep records – illegal – alright, so if you’re admitting to illegality, even though you think that you had no intent, the U.S. attorney does not care one wit about intent, but what the U.S. attorney cares about is: did you break the law,” continued Cramer.

In a different interview on Thursday, Cramer stated, “I think Sam, whatever – I don’t even want to dignify his full name anymore – is just a con artist.” “Stealers, never say you’re sorry. I don’t care about ‘alleged’ anymore. I’m dropping the whole ‘alleged’ nonsense. I’m not being a journalist anymore when it comes to that guy,” Jim Cramer concluded.

On November 11, FTX filed for Chapter 11 bankruptcy, and Bankman-Fried resigned as CEO. Millions of investors and consumers lost billions of dollars as a result of the exchange failure. The business is now under investigation for improper handling of consumer money.

“Never in my career have I seen such a complete failure of corporate controls and such a complete absence of trustworthy financial information as occurred here,” said John Ray, FTX’s new CEO, to the bankruptcy court.