Per a Congressman, the Chair of the SEC Could Have Prevented the FTX Collapse 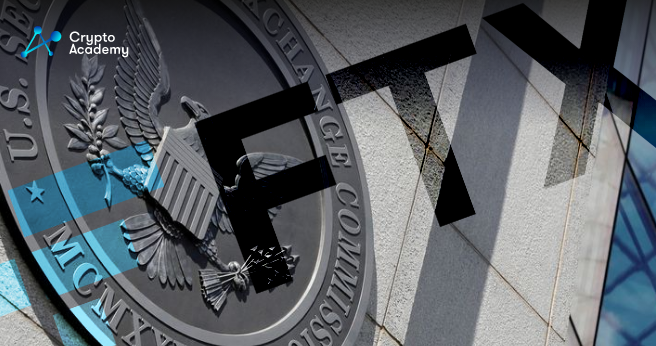 Tom Emmer claimed that the Securities and Exchange Commission (SEC) should have discovered the financial difficulties and suspected wrongdoing of the insolvent cryptocurrency exchange, FTX, yet, many within Congress voiced opposition.

Known as a supporter of cryptocurrencies, Tom Emmer, blamed Gary Gensler, the Chair of the SEC for not anticipating the collapse of the crypto exchange platform FTX nearly as much the former CEO and Founder of FTX, SBF, for misappropriating consumer funds totaling billions of dollars to attempt to encourage Alameda Research, the sister company of FTX. He took to Twitter to express his mixed feelings on the matter:

FTX’s collapse is not a crypto failure. It’s a failure with CeFi, @GaryGensler, and Sam Bankman-Fried. Decentralization is the point. Watch below for more thoughts 👇 pic.twitter.com/VYacafc0ZD

Tom Emmer, who will be the third ranked Republican when the GOP gains control of the House of Representatives in 2023, accused the Securities and Exchange Commission (SEC) of providing FTX along with Sam Bankman-Fried preferential treatment and claimed that Gary Gensler had failed to handle the “bad guys” when speaking for Fox News.

“Where was he on Celsius? Where was he on Voyager? Where was he on Terra/LUNA? And now where was Gary Gensler on FTX?” Emmer questioned, citing two insolvent cryptocurrency lenders and the $48 billion stablecoin crash that led to Alameda Research’s significant damages.

Colleagues Push Back on Claims Against Gensler

Republican Senator Cynthia Lummis, the co-author of a bill that would establish a comprehensive regulatory framework for cryptocurrencies, stated: “Knowing that it takes anywhere from one to three years to develop an enforcement action or an action for fraud against a company as complicated as FTX, it would have been really challenging to do it in the timeframe that FTX has been up and running.”

She noted that FTX had merely been in operation for three years, notwithstanding becoming the world’s second-ranked cryptocurrency exchange platform. She also mentioned that the FTX Group consisted of more than 130 enterprises.

Another Republican senator, Pat Toomey, also pointed out that the majority of the empire of Sam Bankman-Fried, with the exception of the newly established and modest FTX US, was headquartered in The Bahamas, possibly outside the purview of the Securities and Exchange Commission (SEC).

The SEC received a lot of criticism from the cryptocurrency community, where Gensler is particularly controversial since he contends that all cryptocurrencies other than Bitcoin (BTC) are securities.

Jake Chervinsky, the Head of Policy at the Blockchain Association wondered how this catastrophe ran past the Chair of the SEC. “For as long as I can remember, the crypto industry has called for the SEC to focus its resources on bad actors, to go after the frauds and scammers. Instead, it focused on harassing US firms acting in good faith with endless investigations and unjustified enforcement actions,” said Chervinsky.

Chervinsky asserted that the SEC will leverage the case to demand additional funding, but that would only serve as a diversion from the agency’s inability to carry out its mandate and questioned why it is unable to defend the sector from scammers and crashes that are making the crypto space all the more volatile.