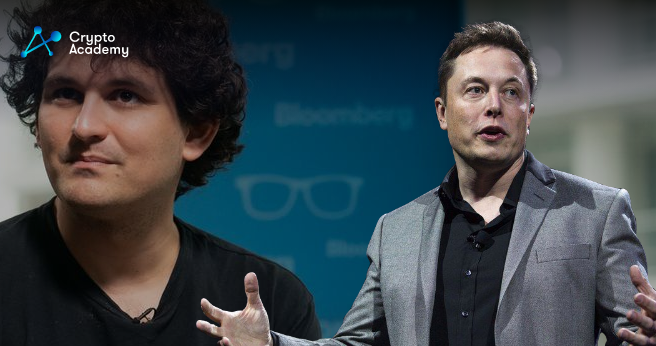 Following the disastrous collapse of FTX, Musk has made an effort to disassociate himself from Sam Bankman-Fried.

Elon Musk, the current owner of Twitter, denied a claim that Sam Bankman-Fried, the discredited founder of FTX, contributed $100 million to Musk’s acquisition of Twitter.

Musk just tweeted False in response to a Business Insider report that claimed SBF owned a $100 million interest in the now private Twitter. The report from the freshly created news site Semafor that was the subject of the Business Insider article stated that Musk had encouraged SBF to move his current Twitter stock into the company, which was about to go private under the management and leadership of Elon Musk.

False. Also, Business is still not a real publication. Just give up.

According to a prior story, Sam Bankman Fried has been amassing Twitter stock in preparation for his own impending takeover.

Although Sam Bankman-Fried expressed an intention to donate up to $10 billion via a representative, it was actually his current Twitter shares that were reportedly invested in the firm under the leadership of Elon Musk, which according to Semafor, were private and undisclosed texts.

Musk has merely offered a hazy denial thus far, but that was only in reaction to a report stating that SBF owns a $100 million share of Twitter.  He has not yet made clear which information in the paper he believes to be inaccurate, or if the founder of FTX was even part of the transaction.

Among the company’s illiquid assets is Twitter stock worth $43 million, according to the balance sheet of FTX that was released early in November. The fact that Sam Bankman-Fried was a supporter, which the newspaper admits in its own reporting of the FTX collapse, has also been brought up by Musk in his criticism of Semafor.

Elon Musk and Sam Bankman-Fried were connected by a philosophy professor at Oxford, Will MacAskill, who is said to have counseled Bankman-Fried on his effective altruism principles back in March. Texts that were publicly disclosed as part of Twitter’s lawsuit requiring Musk to follow through with his takeover bid revealed that Musk and Bankman-Fried were introduced at that time.

Right around then, Sam Bankman-Fried declared that the Tesla creator was welcome to talk to him whenever regarding Twitter or other topics.

On April 14, the day Elon Musk announced his bid to buy Twitter entirely, he restated this offer and emailed Musk a link to a thread he had written on Twitter expressing a proposal for a future Twitter which would be entirely decentralized.

2) Tweets go on-chain, encrypted; the sender chooses who has access to them (i.e. who can decrypt). In some sense this unifies DMs and tweets–DMs are just tweets with the privacy setting of “only Jill”.

Michael Kives, a supporter of SpaceX and the Boring Company, emailed Musk the same thread and said that working with Sam Bankman-Fried may be fun. However in previous weeks, Musk has asserted that his initial encounters with the creator of FTX raised red flags. He claimed that Bankman-Fried tripped his BS alarm.

Musk was making reference to the time when he was seeking out additional investors to help finance the Twitter transaction. Binance, a competitor of FTX and potential rescuer, ultimately contributed $500 million to Elon Musk’s acquisition of Twitter.