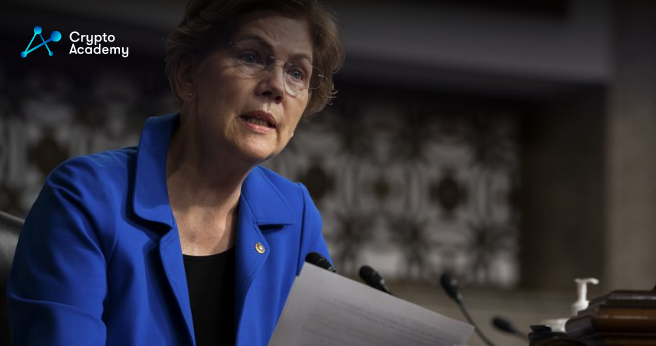 US Senator Elizabeth Warren says that unless there is regulation for crypto, the latter will ruin the US economy.

Elizabeth Warren related the scandal of FTX with all cryptocurrencies, suggesting that the latter can bring catastrophes to the economy. Hence, she made a public call to authorities to regulate the entire crypto market.

In a recent Op-Ed for the Wall Street Journal, Elizabeth Warren compared crypto with mortgages, penny stocks, and credit-default swaps of 2008. With this comparison, Warren suggested that a similar outcome as in 2008 may come for the US economy if regulators do not intervene.

While it is true that the FTX scandal aggravated the financial sector and beyond, many have reacted negatively toward the Senator’s stance. One might argue that it is only right to react negatively when the Senator correlates FTX with the whole crypto industry.

Hence, many pointed out to the Senator that regulation is a must for centralized exchanges, and not for decentralized ones. Moreover, FTX did not fail because of flaws within cryptocurrencies. It failed because of certain individuals, such as SBF.

Shortly after Elizabeth Warren’s op-ed, Changpeng “CZ” Zhao tweeted about what may happen with the crypto market. While he did not directly reply to the senator, he acknowledged that the industry may experience setbacks, as every innovation does. However, he then stated that the crypto market may come back stronger than ever in the coming years.

The US Senator’s Stance on Crypto

A week ago, Elizabeth Warren publicly requested SBF to provide documents related to FTX that would explain the current situation, which many saw as a good thing for the crypto community. Nonetheless, Warren remains against cryptocurrencies, as she believes decentralization has major flaws. She once said that DeFi is dangerous to the United States.

Lastly, she believes cryptocurrencies are responsible for money laundering and other malpractices. However, the Senator fails to acknowledge that cryptocurrencies, when regulated sensibly, have proven to be quite efficient and may only improve the global economy. Bitcoin (BTC) was created in 2008 during the financial crisis. Many who have studied Bitcoin believe that it can be a solution to the malpractices that centralized institutions such as banks have done to the US economy before.

The Senator also failed to mention that it is these legal authorities that allowed the likes of FTX to freely engage in risky trades, as the latter was one of the biggest donors in the presidential elections of 2020 and the midterm elections of 2022. Both donations included millions of dollars toward the Democratic party, which US Senator Elizabeth Warren is a part of.

Primarily because of that, many believe that the mainstream media are trying to cover up what has really been going on with the crypto market. For instance, another Op-Ed in the WSJ tried to relate SBF to Donald Trump. The Op-Ed also said that the reason FTX failed was that “Sam Bankman-Fried’s supporters lost confidence in him.” How about mentioning that SBF literally stole billions of dollars from its users?

Mainstream media also failed to mention that the likes of Terry Duffy had warned others about FTX months ago and even questioned CFTC and Congress about SBF’s approach toward the crypto industry. He publicly called SBF “a fraud,” but authorities did not react to that. It is these authorities that choose to remain ignorant when it does not suit them. Check the video for more:

The New York Times was also criticized for writing a “puff piece” involving FTX. Luckily, the crypto community is not dumb to not see that. Even the likes of Elon Musk reacted to it.

Nonetheless, while Warren and the likes can continue to blame the crypto market when authorities themselves failed to control the likes of FTX, it is quite normal that the crypto community reacts.