The Bitcoin volcano bonds of the country of El Salvador have taken an major step towards issuance. After the project faced delays, a bill on digital securities has now been introduced by the Salvadoran Congress yesterday.

1 year ago (and a day) – I got a shout out from @nayibbukele on the Volcano Bond idea.

This is how you push back against the IMF and crooked Wall St banks, I believe.

Today the new securities bill that makes it possible has been submitted. #Bitcoin + #Bukele =

According to President Bukele’s plans, the BTC bonds, named after the mining operation’s energy source, the Conchagua volcano, will raise $1 billion.

That billion will then be split in half. One half will be invested directly in BTC, while the other 500 million will be used to fund and build an energy and mining infrastructure as well as construct Bitcoin City.

Bitcoin City is expected to be a gigantic project that will primarily attract foreign investors. That the plans are not low-key is also shown by the wording that Bitcoin City is to become the “Singapore of the West.”

There will only be a value-added tax of 10 percent in the city. All other taxes will be omitted. Reliably sustainably produced energy is to be generated by the nearby volcano, which will not least serve Bitcoin mining.

Bond buyers will receive a 6.5 percent return after five years and also the option of fast-tracked citizenship. Additional profits are to be split in half with investors as a Bitcoin dividend once the initial $500 million has been monetized.

The bill, introduced in Salvadoran Congress yesterday, is intended to create government guidelines so that buyers of the bonds feel secure in purchasing them.

The new digital securities law has made its way to congress to enable the #VolcanoBonds.

“Digital securities law will enable El Salvador to be the financial center of central and south America,” wrote Paolo Ardoino, CTO of Bitfinex.

While the bonds will be issued on Blockstream’s commercialized Liquid Network, iFinex, the parent company behind Bitfinex and Tether, will handle the transactions. Bitfinex is expected to obtain a license in El Salvador to do this issuance.

Dividend distributions are to be made annually through Blockstream’s asset management platform, according to the Salvadoran government.

The next step is for Salvador’s Congress to pass the law, with President Bukele’s Nuevas Ideas party holding a comfortable majority in the legislature. According to a source close to the government, the law is expected to be passed before Christmas.

The issuance of volcano bonds should be expected another two to three months later, Paolo Ardoino revealed in an earlier statement.

At press time, the Bitcoin continued its slight recovery. BTC was trading at $16,548, facing a major resistance zone above $15.600. 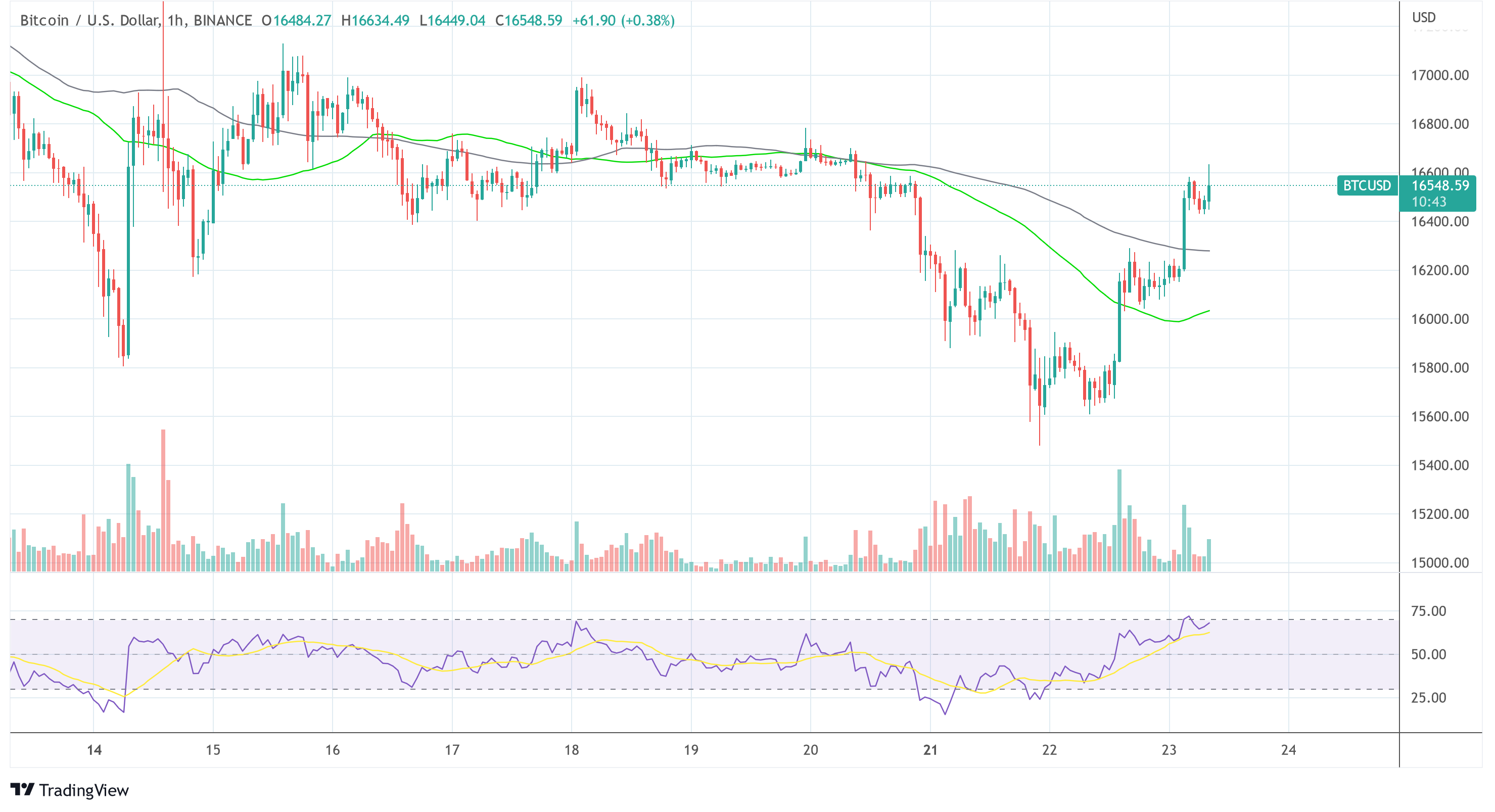