Many reactions have emerged in the crypto space due to the FTX fiasco, the latest one is from the Ripple CTO, David Schwartz.

The collapse of the FTX crypto exchange dealt a terrible blow to the crypto industry. The exchange’s bankruptcy came with a decline in the value of the FTX Token (FTT). The entire saga has thrown the crypto market into another round of crisis.

Most crypto assets have been struggling. Token prices have been plummeting without any control for the past few weeks. This has caused a massive loss of funds worth billions of dollars in the crypto market.

Many reactions have emerged in the crypto space due to the FTX fiasco, the latest one is from the Ripple CTO, David Schwartz.

The Ripple CTO took to Twitter to state some vital lessons he drew from the FTX crisis. According to Schwartz, the collapse of the exchange still has a crucial lesson: temptation is always irresistible. However, he noted that many people will still fail to learn this truth from recent events.

He explained that there could be a temptation for anyone holding people’s funds to speculate with the funds. For him, such temptations could be resistible if the holding has been for a long time. Schwartz noted that once there are no appropriate checks for verifications, the controls will have lapses.

Further, the Ripple CTO stated that the regulators and watchdogs are inefficient in their operations. In his words, they will always fail to detect the fraud before it happens but will punish after the deed is completed. Also, on the part of investors, they don’t make any investigation and analysis before committing their funds.

Recall that in line with the FTX collapse, Ripple CTO slammed FTX’s co-founder and former CEO Sam Bankman-Fried (SBF). He said that SBF is a terrible trader due to carelessness in some of his actions. Schwartz mentioned that what distinguishes your skill is your ability to track and understand your risk tolerance in the market.

SBF had reported losing track of his leverage in trading and the associated risk at the time. This contributed to his massive loss of funds for the FTX exchange.

Investors’ Actions Are For More Profits

The Ripple CTO further cited that some expert investor groups had access to confidential details of the collapsed exchange. However, they failed to understand the full extent of its implications. 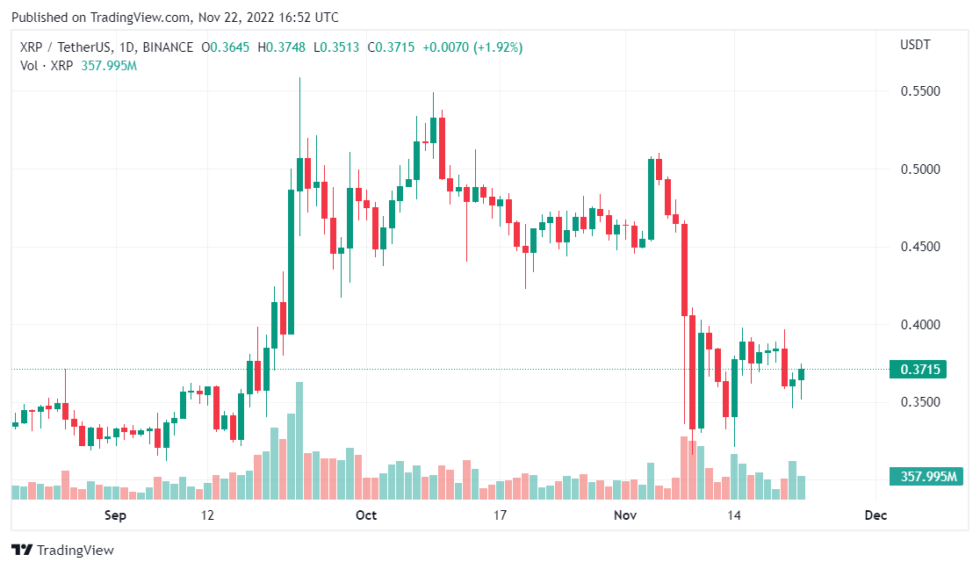 Ripple price increases on the chart l XRPUSDT on Tradingview.com

Instead, they made massive investments worth hundreds of millions of dollars in FTX. The trend of their actions focused on the profits from their investments.

Hence, they facilitated the growth of the scam and even lured several others into the trap. But the customers were left in the dark about all their dealing and activities on the exchange. The real action appears to be geared toward punishing the customers of the FTX exchange.