Binance Will Submit a Revised Offer for Voyager 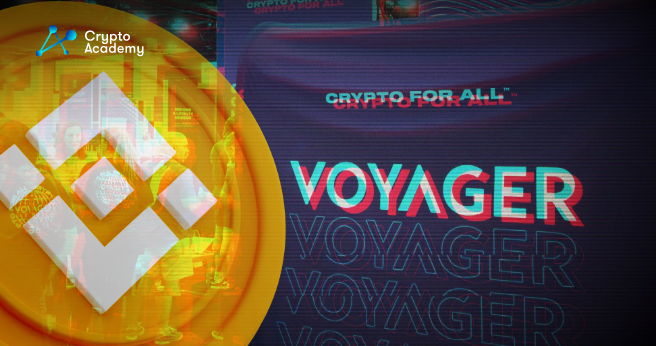 Following FTX’s insolvency, Binance revived its offer for Voyager after an unsuccessful attempt.

With its bankruptcy, FTX withdrew from the acquisition of Voyager, giving Binance the upper hand in the resale of the cryptocurrency lending and trading system.

Binance placed an offer of $50 million, which was somewhat greater than that of FTX, for the holdings of Voyager in the initial auction. The FTX bid was approved, but there was apparently considerable resistance from the US government owing to national security considerations.

Considering that Binance has previously invested heavily in American businesses and that CZ, the CEO of Binance, is a Canadian citizen despite having Chinese ancestry, this might have seemed a tad strange.

However, Binance will draft a new bid in response to the announcement that Voyager has reopened the asset bidding process. Other competitors include Wave Financial, which made a bid the previous time around, and a trading platform called Cross Tower.

Patrick Hillmann, the CCO of Binance made a point of denying in the same piece that Binance was aiming to be the savior of cryptocurrency. He was reported to have said: “There are no Luke Skywalkers or Darth Vaders in business. This is a company, with the most to lose as its market leader, looking around to see where we can help bolster the industry through a black swan event.”

Hillmann’s remark could possibly be related to Changpeng Zhao’s disclosure earlier in the week of information that his company would be setting up a fund to assist more robust cryptocurrency ventures that might be experiencing liquidity challenges. The Industry Recovery Fund is the name of the fund.