The biggest news in the cryptoverse for Sept 16 includes the crypto community arguing that ETH could be considered a security post-merge, the Whitehouse releasing a framework for crypto regulation, U.S. banks pausing crypto lending plans amid challenging SEC guidelines, Celsius seeking approval to sell $23M worth of stablecoin assets.

SEC chairman Gary Gensler said that cryptocurrencies that allow for staking might be classified as securities based on the Howey test.

With Ethereum’s successful transition to a PoS network, some crypto community members expressed concern that ETH could be considered a security and attract undue regulatory attention.

Others argued that the technological difference between PoW and PoS is not a reason to classify ETH differently.

The long-anticipated framework released today proffered recommendations on issues relating to cryptocurrency regulation, cracking down on crypto fraud, and decoupling the broader economy from future contagion in the crypto market.

The White House also hinted at the feasibility of developing a Digital Dollar to create a more efficient payment system that will bring the financial service industry up to standard.

With the Merge done, it’s all eyes on Cardano’s Vasil upgrade

Cardano’s Input Output (I.O.) published an ecosystem readiness update reiterating that the network is ready for the Vasil hard fork to take place on Sept 22.

The Vasil hard fork will enhance Cardano’s network performance by increasing its throughput and script efficiency and reducing latency in block transmission.

According to a recent SEC guideline, crypto assets held in custody by public companies must be accounted for as liabilities.

To this end, central U.S. banks like Bancorp and State Street are slowing done on their crypto custody services due to the need to hold more cash to cover their crypto liabilities.

Celsius Network holds about $23 million in eleven different forms of stablecoins. The bankrupt crypto lender asked the court to allow it to sell the stablecoins for U.S. dollars.

Celsius opted to sell the stablecoins to generate more liquidity to fund its business operations.

By implication, the current BTC price is at the bear circle’s low. For many analysts, this presents a “generational buy” opportunity. 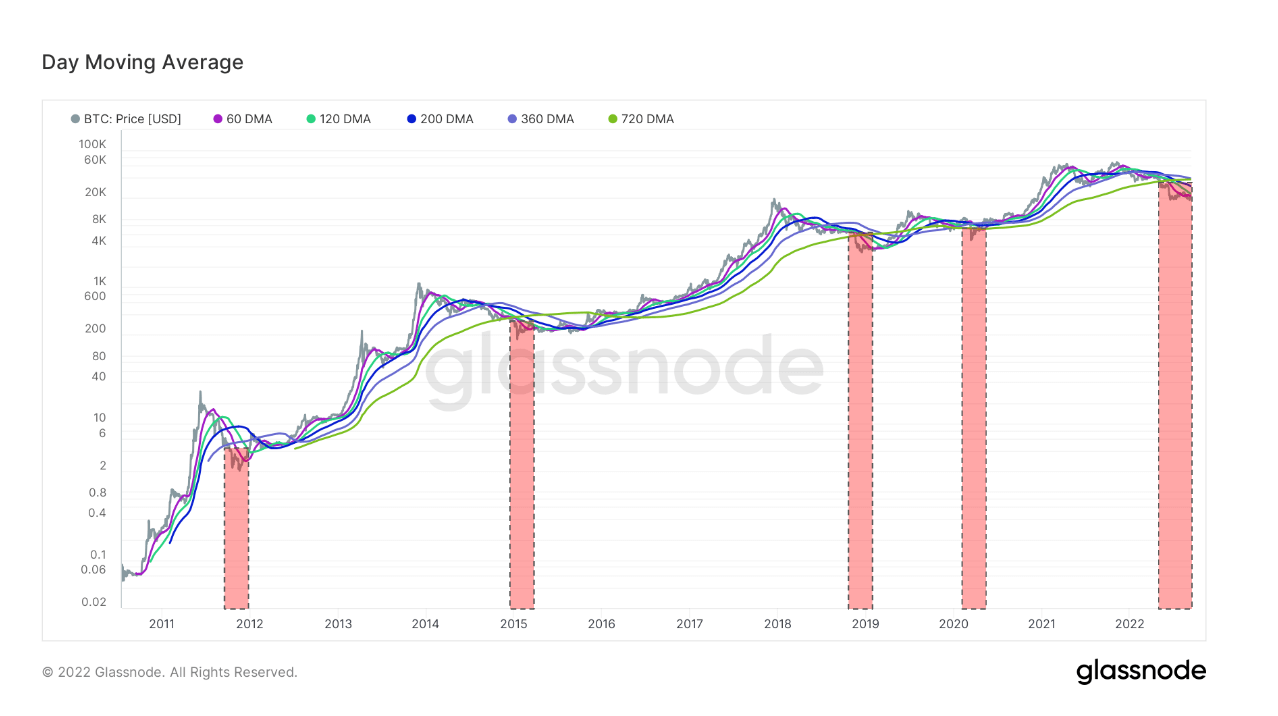 News from around the Cryptoverse

The European Central Bank (ECB) chose Amazon, CaixaBank, Worldline, EPI, and Nexi to develop a prototype for its digital euro.

The prototype will help the ECB develop user interfaces that suit different segments of its target users.

Two funds owned by Grayscale Investments received 3,100,629 ETHPoW tokens as an airdrop. The firm announced its intention to sell the tokens as soon as trading liquidity is developed for ETHW.

He added that the inability of users to withdraw staked ETH has contributed to the growing deviation of Lido’s stETH price from the underlying ETH.

Is the Bottom In? Bitcoin Remains Steady as Stocks Fall