Everything You Need To Know About Gamestop’s NFT Marketplace

Now that GameStop’s NFT marketplace is here, let’s go over how it came about, how to use it, and how it’s doing so far.

An NFT is a blockchain token that works like a deed of ownership to an item. They are most commonly used for digital items like profile pictures, artwork, and other collectibles. Similarly, in the case of video games, NFTs can represent unique weapon designs, avatars, virtual land plots, and much more. Currently, NFT marketplaces are witnessing a whole new transition and GameStop’s NFT Marketplace is the next best thing in the market. It allows users, creators, gamers, collectors, and other community members to smoothly trade NFTs and it is all ready to make its foothold stronger in the NFT space.

WHAT IS GAMESTOP’S NFT MARKETPLACE?

This NFT Marketplace is described by its company GameStop as “a non-custodial, Ethereum Layer 2-based Marketplace that enables parties to truly own their digital assets which are represented and secured on the blockchain.” The Marketplace is built specifically on Loopring, a Layer 2 scaling solution. Loopring makes the GameStop wallet a lot cheaper and more efficient than those wallets which are based on the Layer 1 Ethereum mainnet. Users can connect various crypto wallets to the site including the company’s own GameStop wallet. Furthermore, these NFTs can also be transferred between collectors and can even be re-traded on other marketplaces. 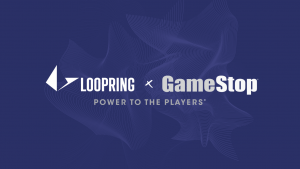 Video game retailer GameStop’s long-awaited Ethereum NFT marketplace finally went live in its beta version on July 11. This marketplace release coincides with the anticipated deadlines because previously the company stated that its release date would be by the end of the second quarter of the fiscal year 2022. In the late last year, speculations began that GameStop which was once a go-to for video games and consoles, and then a meme investment had finally evolved into its third form, which is, an NFT Marketplace. By late 2021, speculations had given way to confirmation and as the new year began, the company began to shift its staff and hired new team members with a focus on blockchain gaming, e-commerce, and technology. GameStop’s chairman Ryan Cohen has put in efforts to broaden the company’s offering of digital services and online products in order to turn around the struggling video game retailer. 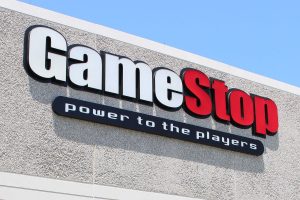 Using the GameStop NFT Marketplace is quite an easy process because of its Layer 2 scaling solution. The first thing that needs to be done is to create a GameStop wallet.

The first fundamental step is to install and use the GameStop wallet. The wallet must be added to Chrome, or any other Internet browser, as an extension.

Funding the Wallet with Ethereum

After creating a wallet, it will have to be funded with some Ethereum (ETH). There are two ways of doing this. Firstly, the user can buy ETH directly into the linked wallet from any of the payment providers that are permitted by the GameStop Marketplace. After that, ETH will be deposited into the user’s wallets on Layer 2 which quickly allows the user to buy NFT.

The second method is by transferring funds from an existing wallet on Ethereum Layer 1 to the Layer 2 account that was previously connected on GameStop’s NFT marketplace. The ETH that was deposited to Layer 2 will be available in balance for buying NFTs. 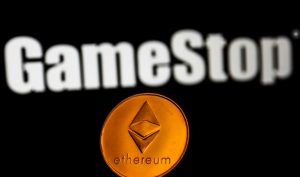 The last thing to do is simply buy the NFTs that are desired. If the user is willing to buy an NFT, they may simply click on the “Buy” button from the NFTs detail page. After this, they will be asked to confirm the transaction. As soon as the confirmation is done, the user will bag an NFT with their ETH. Similarly, in the case of selling NFTs, they must be transferred to or withdrawn to Layer 1. 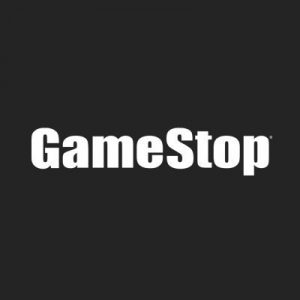 Currently, the largest NFT Marketplace is OpenSea. Data from earlier this year indicated that the company held about 80% of the NFT market share and had about 1 million users by 2022. It generated about $2 billion in trading volume in January with an average daily trading volume of $260 million. However, in recent days, OpenSea saw a trading volume of $497.6 million which is a considerable drop. On the other hand, the GameStop NFT marketplace has already outraced other marketplaces as it successfully surpassed the Coinbase NFT marketplace within just two days of its debut. GameStop NFT marketplace will incorporate even more functionalities to involve categories, such as Web3.0 gaming, and other Ethereum-based applications. GameStop is also looking forward incorporate ImmutableX Layer 2 in the near future.

Recommended: Did Gamestop Just Steal From The Poor?

The post Everything You Need To Know About Gamestop’s NFT Marketplace appeared first on CryptosRus.