Empowering DAOs on Cardano: Interview WIth The Summon Platform

After launch, the new Cardano-based DAO creation and management toolkit, The Summon Platform, has gained the attention of DAO advocates across the blockchain world.

Our conversation took place on August 2.

Since The Summon Platform was announced two weeks ago, there has been quite a lot of interest from the blockchain media as well as mainstream tech media. Would you help our readers to understand how Summon has emerged with such apparent momentum?

It has been exciting to see that The Summon Platform has been extremely well received, and everyone from our core team to the wider Cardano and blockchain community has viewed the platform as a key piece of infrastructure.

The Summon team emerged from the Cardano community and from within ADAO, the first DAO on the Cardano blockchain, so we have been able to prove ourselves and gain community trust over the past year through all the open source work we have done. Over this past year, the team has been working in depth on infrastructure and core foundations to allow for things like the Summon platform. In early 2022 we put out Cardano’s first multi-sig wallet, and the community loved it.

It was finally easy for a small group of people to collectively manage funds. Then, we created a smart contract based token staking portal so projects can reward their holders without the need for a trusted third party. These Dapps, along with the close to 40 other open source repositories in our GitHub, have earned us a trusted spot as community-first builders, and the Summon Platform is no different.

Our momentum is probably due to this huge advantage we have when compared to some other teams that are brand new to the ecosystem. Cardano has a smart and critical community. They are not afraid to ask hard questions. We value this attribute and have always risen to the occasion. We’re fortunate to have earned a lot of critical insight, which is all being poured into The Summon Platform.

According to your various recent announcements, here are two organizations responsible for The Summon Platform: Summon Association and Summon Labs. Can you elaborate on this model?

We are following an ecosystem-development model that has a not-for-profit association working with development companies to bring the platform to life. The Summon Association was created to hold the brand and identity of the platform, distribute the tokens that will govern the platform, and coordinate work within the ecosystem. We have contracted Summon Labs to be the core developers, but the most significant parts of the platform will always be open source, and we hope to attract more developers to contribute and build on them. 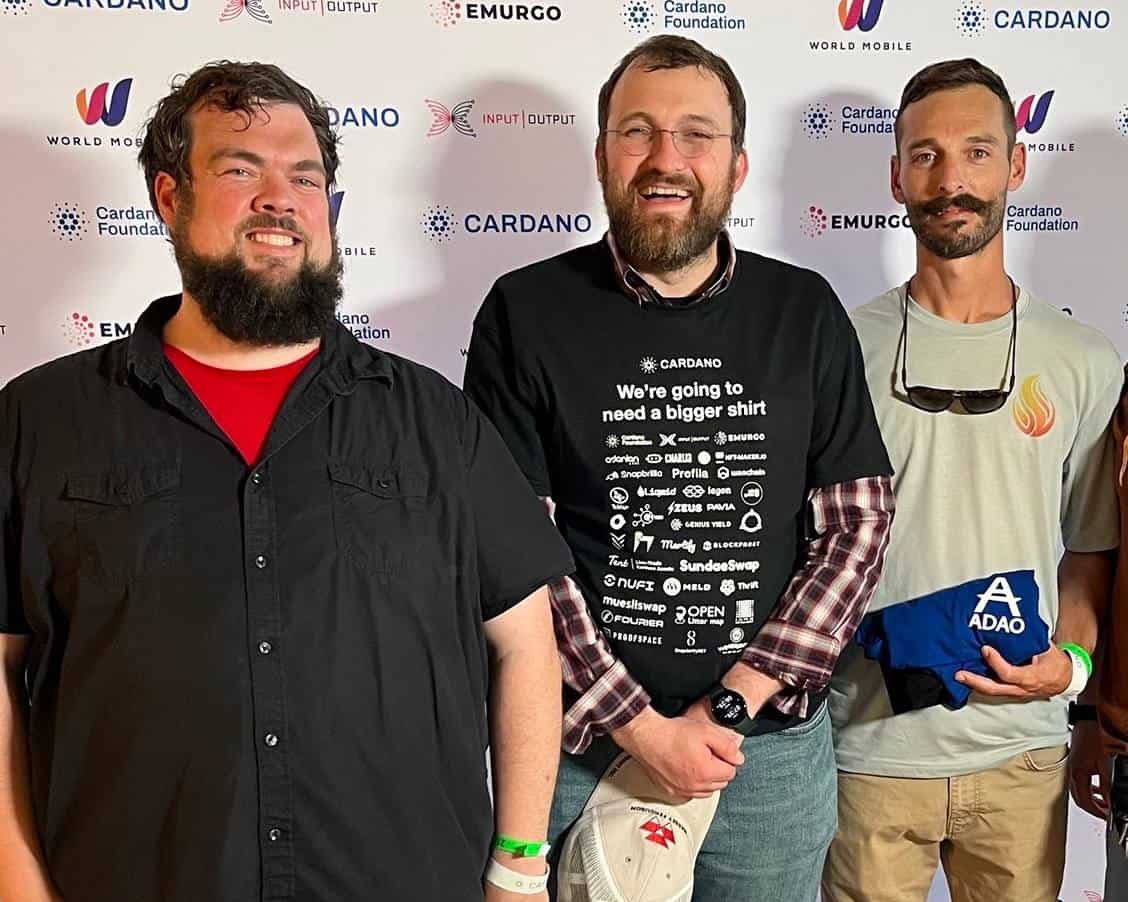 A strong theme running through your various announcements and Medium posts is ease-of-use.

Right, as Thomas said, in regard to building an ecosystem, our team has contributed widely to non-DAO tools to empower anybody and everybody to be developing.

Ease-of-use is definitely at the forefront of our minds. We believe that user-friendliness is required for onboarding, and the Cardano ecosystem is sometimes looked at as user-unfriendly by some other ecosystems. So, the easier we make it to onboard individuals and organizations in every sense of the word, the better we are able to help them leverage the power of the blockchain.

We feel that it is essential to give the user not only ease of use but the power in the relationship of when they get to use the tools that we are working with. We are making sure that we have the right balance between making it easy for the person to use and giving them the most power possible. The most control possible over their own treasuries and their own systems, their own DAOs. So that they always know that if they start a DAO with us, they are still in control. They can take it any place else, and we are here to help them with their DAO. We are not here to control their DAO.

Would you explain the SUMMON token and its role in The Summon Platform?

The SUMMON token will serve as a governance token for the Summon DAO. While Summon is primarily a platform and will continue to serve its purpose as such, it is also governable. The potential for the future of the platform and tokens is based directly on the sentiment of users that choose to voice their vote in the Summon DAO.

By holding SUMMON tokens, you get to have a direct say in how The Summon Platform ecosystem develops and is run because it is a governance token. And personally, as the president of Summon Association, I am excited about the idea that there will be DAOs that will have seats in the Summon assembly. There will be DAOs that hold SUMMON tokens, and they will be recognized by the Summon assembly. This is a kind of model that we’ve not really seen before – that a DAO would have representation in an actual, physical organization. And it’s going to be really cool when DAO members get to vote on who the representative is. 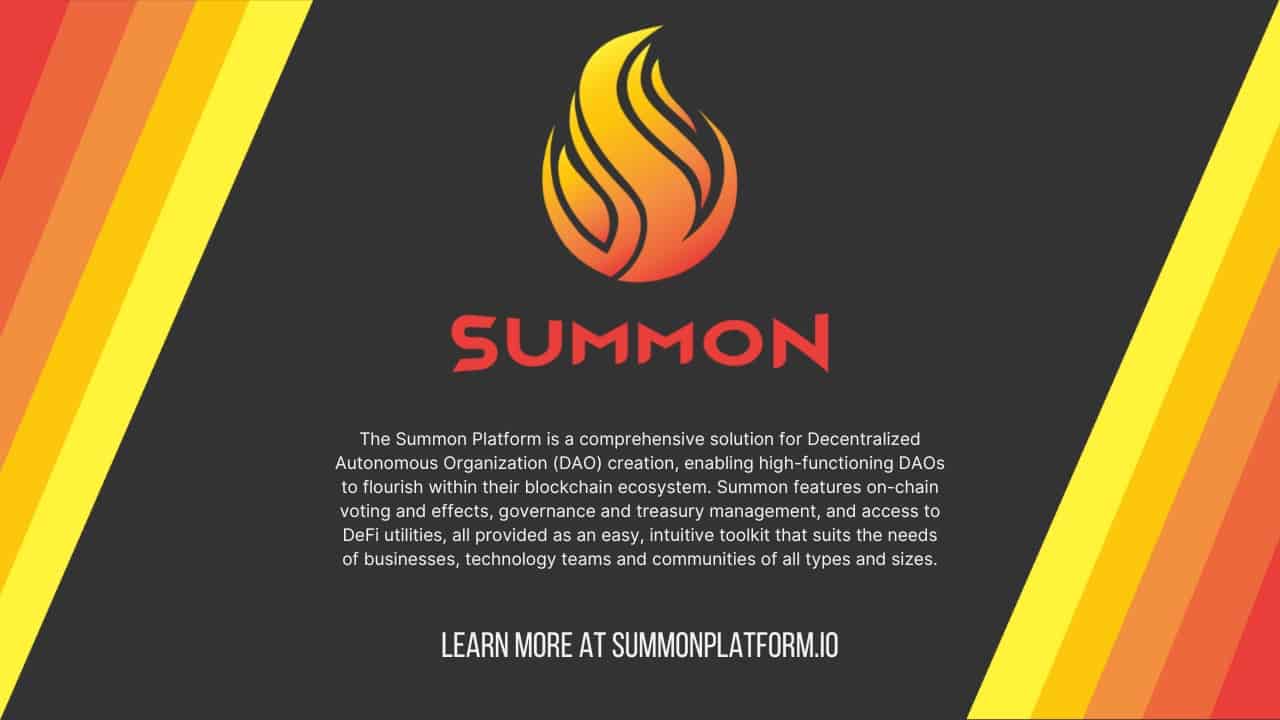 Maybe we can zoom out a little and hear about your views on the whole idea of DAOs?

DAOs, or decentralized autonomous organizations, are a new form of organization made possible by blockchain technology seeing accelerated adoption along with the emergence of web3 culture in the mainstream. DAOs are decentralized, meaning they are not centrally controlled by any one entity.

Rather, DAOs are governed by the collective decisions of their members, who are typically represented by tokens on the blockchain.

Because DAOs are a relatively new phenomenon, there is no existing body of law that specifically addresses them. As a result, DAOs must navigate a complex legal landscape with little guidance. This can be challenging, particularly in jurisdictions where DAOs are not formally recognized by the law.

In addition, the lack of formal recognition may make it difficult for DAOs to access traditional financial services and markets. Despite these challenges, DAOs offer a unique model of governance that holds promise for the future.

The Summon Association has engaged experts globally on the topic of how best to structure a DAO in order to minimize exposure to regulatory risk while maximizing the benefits of decentralization. Still, because DAOs are still relatively new, and there is still much uncertainty around how they will be treated by regulators going forward. As such, DAOs seeking regulatory compliance may face challenges in navigating the existing legal-regulatory landscape and should consult blockchain-savvy legal counsel early for advice on best practices and risk mitigation strategies appropriate for your particular circumstances.

I’m interested to know why you’ve selected Cardano as your blockchain ecosystem? And does The Summon Platform have a vision for a cross-chain future?

The Cardano blockchain leverages a novel consensus mechanism that allows for all of the benefits of Proof of Stake while allowing users’ funds to remain safe in their wallets, whereas most Proof of Stake systems require something known as slashing. In addition to this, the e-UTxO model allows for determinism of transactions and an extremely high level of concurrency.

My belief is that Cardano is the right blockchain model, but we do intend to go cross-chain. We will continue to prioritize Cardano, but I believe it is likely we will soon target Algorand and EVM-based chains as well.

Thanks very much for this talk, guys. Any last words?

Upon launch, the Summon Platform will be the preeminent way to create a DAO, coordinate governance, and interact with DeFi primitives on Cardano. We are excited to be offering this service to the community and hope that more people will join us to expand the ecosystem in a way that brings an opportunity to everyone, especially those who feel they’ve been left out of traditional systems.