Hedera Hashgraph price recovery has taken a breather. Is it a buy? 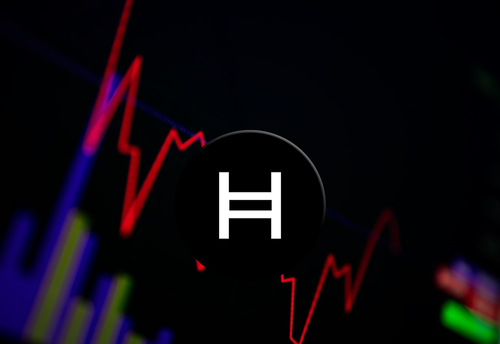 Hedera Hashgraph (HBAR/USD) price retreated sharply in the past few days as cryptocurrencies retreated. The token dropped to a low of $0.0725, which was about 11.45% below the highest point this year. It remains about 27% above the lowest level this year, bringing its total market cap to about $1.5 billion.

What is Hedera Hashgraph?

Hedera Hashgraph is a blockchain project that aims to become the best alternative to Ethereum and other smart contract platforms. The platform uses the hashgraph distributed consensus algorithm that provides a near-perfect efficiency in bandwidth usage.

As a result, the network can handle over 10,000 transactions per second (tps), which is a major leap since Ethereum handles less than 20. In contrast, a major global platform like Visa handles about 4,500 tps. At the same time, the network is secured using a technology known as asynchronous Byzantine Fault Tolerance (aBFT).

Hedera Hashgraph is governed by a council that is made up of leading companies from around the world. Some of these companies are Nomura, Boeing, Ubisoft, and Standard Bank among others. Its design ensures that no single entity can influence how it works.

Hedera has been embraced by many companies and developers who are building payments, non-fungible token (NFT), fraud mitigation, and identity management solutions using its technology. For example, Ubisoft, the giant gaming company, uses Hedera to power its NFT business.

Still, Hedera Hashgraph has struggled to gain market share in mainstream industries like Decentralized Finance (DeFi), NFTs, and gaming. According to DeFi Llama, it only has a handful of applications in its ecosystem that have a total value locked (TVL) of about $49 million. This is a similar amount to what Shiba Inu’s Shiba Swap has.

HBAR price had a strong performance in July as cryptocurrency prices bounced back. It managed to move to a multi-month high of $0.08161. Along the way, the coin managed to move above the 25-day and 50-day moving averages. It also rose above the important resistance level at $0.0771, which was the highest point in July 22nd.

Like other coins, Hedera Hashgraph has pulled back in the past few days. The Relative Strength Index has moved from a high of 70 to the current 49. Therefore, there is a likelihood that the coin will rebound in the coming days. If this happens, the next reference level to watch will be at $0.081.

The post Hedera Hashgraph price recovery has taken a breather. Is it a buy? appeared first on CoinJournal.