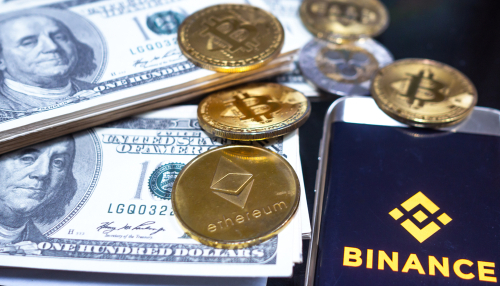 Binance remains the largest cryptocurrency exchange in the world and continues to dominate in various aspects of the market.

Binance.US CEO Brian Shroder has revealed that the cryptocurrency exchange cut certain trading fees to drive more value to its customers. He made this known during an interview with CNBC a few hours ago.

Binance.US, the United States affiliate of the largest crypto exchange in the world by trading volume, announced earlier this week that it will allow users to make spot bitcoin trades for the US dollar and stablecoins USDT, USDC and Binance USD (BUSD) without paying spot trading fees.

The move led to a decline in the shares of rivals Coinbase and Robinhood over the past few days. The cryptocurrency exchange’s CEO has now come out to explain why the company made the move. Shroder said;

“Since our inception, Binance has been known as the low-cost exchange in the cryptocurrency space. With this announcement, we want to establish ourselves as the world’s clear leaders in pricing. What is innovative about what we are doing is that it is driving more value to our customers, the people we had in mind when we made the announcement.”

Shroder lamented the lack of user education in the cryptocurrency space, especially in terms of the trading fees users are expected to pay. With Binance.US, users are now charged $0 for spot trading transactions, Shroder added.

When asked why exchanges like Coinbase charge users 4% for spot trading transactions, Shroder said most people don’t know they are paying 4% for such transactions.

Robinhood is another platform that operates on a $0 trading fees. However, Shroder said Binance.US’s model differs from that of Robinhood. He explained that;

“Robinhood makes money from spreads. They acquire say $98 worth of bitcoins from the market and sell it to the retail users for $100, making $2 in the process. However, Binance.US operates an open order book. We don’t get involved in the transactions at all. The transactions is amongst the users.”

Binance.US is one of the leading crypto exchanges in the world, with a daily trading volume of over $300 million.