During the previous two years, authorities in Iran have shut down around 6,914 unregistered crypto companies.

Authorized crypto mining plants in the Islamic Republic will be required to disconnect their energy-hungry coin minting devices on the 22nd of June this year, or the beginning of the Iranian month of Tir.

Since 2020, when the administration of Tehran’s main power company began to blame crypto mining for straining the country’s energy supply, the government has cracked down on unlawful crypto mining.

Despite being aware of crypto’s potential as a means to circumvent trade embargoes, local officials are restraining cryptocurrency mining in an effort to reduce the burden on the country’s power grid.

Without adequate documentation, crypto operations consumed approximately 645 megawatts of electricity. The government estimates that this figure is equivalent to the annual consumption of three regions within the country.

Officials report that thousands of illegal mining equipment have been seized over the past few years. In May of 2012, the government enlisted its intelligence ministers to pursue illicit miners. A prize of 200 million rials (about $900) was offered to informants who helped locate unlawful farms. 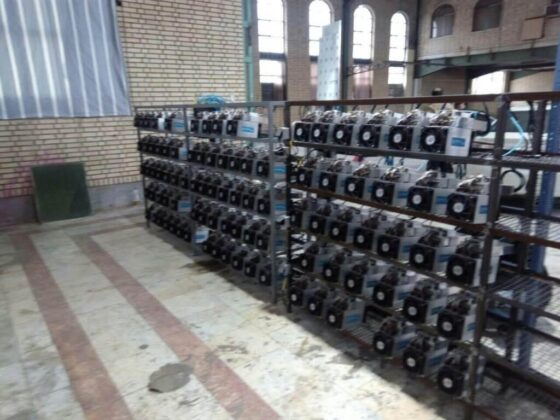 In an interview with Iranian state television, Mostafa Rajabi Mashhadi, spokesman for the country’s power industry, stated that energy to all 118 authorized crypto mining facilities in Iran will be switched off on June 22 in anticipation of a seasonal increase in power demand.

As electricity usage approaches 63,000 megawatts, Mashhadi also cautioned that power shortages may worsen over the next few days.

In 2019, Iran approved mining cryptocurrencies as an industrial industry. Multiple companies have since applied for licenses and begun minting digital currencies, taking advantage of the inexpensive energy provided by Iranian power plants.

Cryptocurrency has been considered and utilized for evading international sanctions for quite some time. The United States has imposed extensive restrictions on Iran that effectively prevent it from accessing the international banking industry.

In September of last year, the Iranian government reportedly seized more than 220,000 pieces of mining equipment and shuttered roughly 6,000 mining facilities. Six months later, an additional 900 Bitcoin mining rigs have been added to the list.

Elliptic, a Blockchain analytics company, reported in May 2021 that approximately 4.5 percent of all cryptocurrency mining occurred in Iran. According to the Cambridge Centre for Alternative Finance, the volume has since been cut to 0.12% as of January of this year.