Considering all the talk about stablecoins of late, it’s a good idea to check out our “What Is Tether?” guide.

Tether is a ‘first of its kind’ cryptocurrency, which is known as a stablecoin. This is because it aims to keep its valuations stable and free from the typical volatility of cryptocurrencies. It has been specially designed to create the necessary bridge between fiat currencies and cryptocurrencies in order to provide stability, transparency, and low transaction fees to the users. Stablecoins are designed to be pegged to a given currency, and Tether is pegged to the US dollar and maintains a 1-to-1 ratio with the US dollar in terms of its value. It is designed to be used as a means of converting cash into digital currency.

It also claims that all Tether in circulation reflects the number of their reserves in US dollars. This means that every token is backed by an actual dollar held in its reserves. The value of the token is kept stable by bots buying and selling whenever its value fluctuates. Whenever a user deposits a US dollar to Tether’s account, the company mints one Tether in return. As a result Tether’s value remains close to $1 at all times. Today Tether also supports four stablecoins; the US dollar, the Chinese Yuan (CNHT), the Euro (EURT), and the stablecoins backed by one oz of gold (XAUT).

Tether, formerly known as Realcoin, was first launched in 2014 by Tether Limited. There is an interesting background to its development. In the early 2010s, two groups began to work on the idea that the Bitcoin blockchain could be a platform used for issuing cash. These two groups were a startup called Realcoin and the cryptocurrency exchange Bitfinex. Eventually, the two projects would merge efforts, resulting in the formation of Tether Limited. It was co-founded by Brock Pierce the director of the Bitcoin Foundation, Reeve Collins, and Craig Sellars. 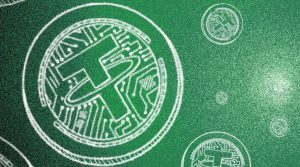 The company’s aim was to make government-issued fiat currency more compatible with newer crypto assets which are traded 24/7 on an active global market. Tether is one of the earliest cryptocurrencies and to date, it remains the most successful stablecoin. Tether Limited is a company owned by Bitfinex, with its head office in Hong Kong. Tether has been designed as a stablecoin. These are cryptocurrencies that are pegged to real-life assets or commodities to ensure stability in value and lower volatility in the market.

Tether was originally launched and issued on the Bitcoin blockchain via the Omni Layer protocol which is a platform used for creating and trading digital assets on top of Bitcoin. It means that this protocol allows projects to create and trade their own currencies. It also enables the minting and burning of Tether tokens based on the amount under custody. It also helps track and report the total circulation of Tethers. Tether’s ledger is stored on the Bitcoin blockchain because of Omni and the users can view their verified transactions through Omni Explorer.

Tether Limited manages its token reserves and accepts fiat deposits and withdrawals. It also mints and destroys tokens to keep the coin’s values stable. Tether Limited accepts cash deposits and withdrawals on behalf of clients and is responsible for minting and destroying Tether tokens in accordance with the reserves they administer. For example, when someone deposits $10 in their Tether account, then ten USDT coins are minted. 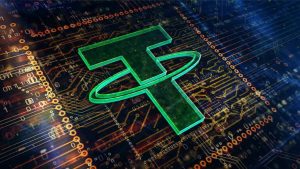 Stablecoins can be pegged to real-life currencies such as the US Dollar or Euro or even precious commodities such as metals. In Tether’s case, it is pegged to the US dollar. This means that according to their claims, for every USDT in existence, there is one US dollar in Tether Limited’s reserve. Similarly, Tether claims to be backed by fiat currency. It means that holders aren’t subjected to the same high levels of volatility found in other cryptocurrencies. It gives users easy access to the cryptocurrency market without exposure to wild price fluctuations. Bitcoin or Ethereum are not pegged to any real-life commodities, so many crypto traders buy Tether as a way to safeguard their financial position in case the crypto market crashes one day.

Tether is a popular cryptocurrency that can be bought and sold on most exchanges. Many exchanges use it as a trading pair which is a common way to denominate prices in fiat currency and which people readily understand.

Recommended: What is USDC?

Tether tokens which were developed by the crypto exchange Bitfinex are the native tokens of the Tether Network and trade under the symbol USDT. Each USDT token is redeemable for a corresponding US dollar held under custody by Tether Limited. The total value of all USDT is said to be equal to the reserves held by the firm. Unlike most cryptocurrencies, Tether isn’t mined, instead, Tether Limited generates new tokens and issues them via Bitfinex. 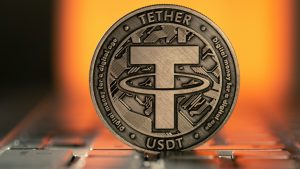 As of Feb 2021, it has a circulating supply of more than 83 billion. Tether has proven itself to be a useful tool for the crypto community with investors quick to buy in downturns as a way to protect themselves from the market downslides. This has made it a useful source of liquidity for the market which helps to keep prices stable. Its remittance power is another reason why it attracts so much interest because the USDT can be sent to any corner of the world and converted to US dollars, Euros, etc

With many advantages, it also has certain cons. USDT can’t be mined and it is difficult to sell large amounts of USDT on Tether exchanges. Also, the company can complicate the procedure for buying or exchanging USDT at any time. This is because Tether is a centralized entity, and therefore the reins of the project lie in the hands of a single company instead of the wider community. Similarly, to buy or sell USDT digital coins on the company’s website, you must provide scans of documents. This can cause concern for privacy-savvy users. 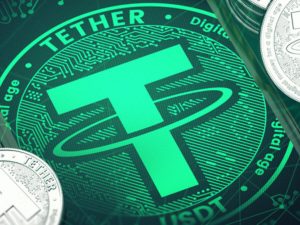 Another issue is the fact that there is immense competition in the stablecoin space. While USDT is to date the largest stablecoin by market cap, other projects like UST, BUSD, and USDC are hot on its trail. There is also controversy regarding the fact that Tether claims that all USDT coins are backed by actual and real US Dollars. Critics have argued that it seems unlikely that Tether maintains a multi-billion dollar reserve of US dollars.

Where To Buy USDT

You can purchase USDT through KuCoin exchange, similar to how you would buy another cryptocurrency. You can either place a market buy or a limit buy. With a limit buy, you determine the price you are willing to pay, and your order gets filled once the token price reaches your limit price. If you want to get your hands on the token quickly, you can place a market order, where you agree to pay the current price and have your order filled almost immediately. If you are interested in purchasing USDT, you can do so by visiting KuCoin, Gate.io, or Binance.US.

Recommended: Bitcoin, USDT, And This Token Are Becoming Legal Tender In Lugano

The post What is Tether? appeared first on CryptosRus.